Raipur the capital of Indian State of Chhattisgarh has sound infrastructure for sporting activities. From sports stadiums to sports good dealers you can find all and more. Young lot of the city take much interests in various interstate sports tournaments organized from time to time. Cricket, Football, Vollyball are some of the most favored games played in Raipur. Government is also taking all initiatives to boost the sporting talents of the region.

Cricket is known as the gentleman's game. It was introduced in India during British rule. Today, one can say without doubt that cricket is a hugely popular game in India. Indian people across all age groups are passionate about this game. Cricket is the most sought after game in the Raipur region too. And not to forget, Raipur has its own international cricket stadium. Shaheed Veer Narayan Singh International Cricket Stadium or Raipur International Cricket Stadium is located at Naya Raipur near the city's airport. 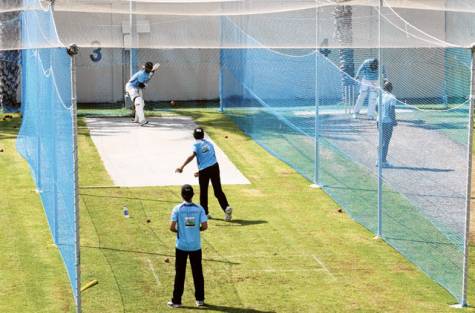 This new and advanced cricket stadium was opened for the public in 2008. It is equipped to seat over 60,000 spectators. This stadium is the second largest of its kind in India and the fourth largest in the world in terms of seating capacity. The stadium hosted two IPL matches in 2013. The stadium is plush and has all modern and sophisticated features. It is owned by the Chhhattisgarh government and operated by Chhhattisgarh State Cricket Sangh. There are plans to name one of its pavilions after one of the most popular Indian cricketers Sachin Tendulkar. The great cricketer Sunil Gavaskar has rated this stadium as one among the best in the country. All-rounder Indian team member Irfan Pathan is also said to have been impressed by the facilities at Raipur International Cricket Stadium.

Football is one of the popular sports played in Raipur. Citizens of this city are also very passionate about this energetic sport. There is a lot of enthusiasm and great soccer culture in this city and that can be observed especially amongst the youth. Football is played here in clubs and schools. The Hind Sporting Association, which was set up in 1901, has been holding Inter-state Hind Challenge Shield Football Championship for the last 72 years.

Today one can find many sports good dealers in Raipur. From these dealers you can purchase variety of sports good items including cricket kits, badminton, footballs, net etc. Most of these shops offers attractive discounts on various purchases and are hit amongst youth of the city.

Many sporting agencies are working towards the development of the sports in Raipur. State Government is funding and nurturing the growing talent. Many new plans and proposals for the setting up of new stadiums and facilities are on cards. In all we can say that Sports though in its developing stage in Raipur has lot of potential in this part of Chhattisgarh.