Raipur is the capital of the state of Chattisgarh, India. This city is also the administrative headquarters of Raipur district. Raipur is a fast-emerging city and therefore well-connected too. It has its own railway station and airport connecting all major cities of India. It is also accessible by road through the National Highway. 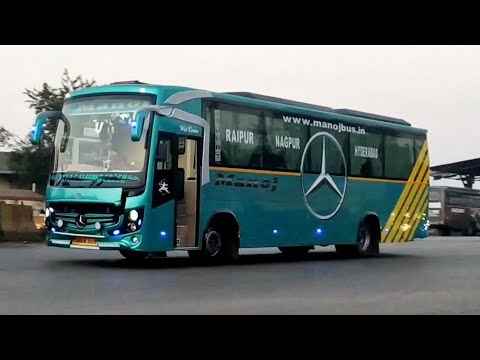 Raipur City Bus Limited (RCBL) provides bus service for the intra-city travel. It was launched by Raipur Municipal Corporation. A number of new city buses have been inducted by Raipur Nagar Nigam Transport Limited (RNNTL) under JNNURM which serve Raipur and connect Naya Raipur too. The ubiquitous auto-rickshaws and tuktuks are popular modes of transport for reaching one part of the city from another.

Raipur has its own railway station. Raipur station comes under South East Central Railway Zone of Indian Railways. It handles over 94 trains daily (Up/Down). Since Raipur is situated between Mumbai and Kolkata, the two important railheads of west and east, several important trains pass through this station. Raipur city is located on the Mumbai-Howrah route of Indian Railways. It is well connected with important metropolises like Mumbai, Kolkata, Howrah, Delhi, Amritsar, Pune, Bangalore, Kochi, Patna, Dhanbad and Secunderabad.
General Enquiry: +91 0771 2528131, 2528130
Reservation Enquiry: +91 0771 2525628, 2520632

Air connections to the city were revitalized after the city became the state capital. Raipur’s airport, Swami Vivekanand Airport, is situated in Mana, 15 km south of Raipur. It is the only commercially operating airport of Chattisgarh. It is currently served by Air India, Jet Airways, Jetlite and IndiGo. It is connected to almost all the important airports of the country.
Enquiry: +91 0771 2418212

A good network of roads criss-cross Raipur and the state of Chhattisgarh. The National Highway 6 passes through this city. National Highway 43, 200, 12A connect the city to Visakhapatnam. It is well linked by road to all important places of India.