Raipur with its heritage and natural beauty is a perfect destination to plan your vacation. Raipur is fast emerging as an important industrial hub and tourist spot too. This well-connected city has its own railway station and airport besides an international cricket stadium. There is lot to explore in Raipur. From wildlife sanctuaries to beautiful temples and monumental remains there is everything to amuse those looking for a break after months of hectic work schedule.

Tourists coming to this city should keep a couple of important contact numbers handy before getting around the city. These may help in case of emergency.

The best time to visit this place is January. Temperature hovers around 5°C so it is cool and comfortable. April and May are hot. One must however try visiting this place in the month of July to see and experience the rainy season here. The Bastar region has the world’s broadest rainfall called Chitrakut.

Tourist Destinations In & Around Raipur

As one gets exploring in and around the city, one is sure to come across many pleasant surprises and memories to take back home. Some of the must-visit places here that visitors must include in their itinerary are: 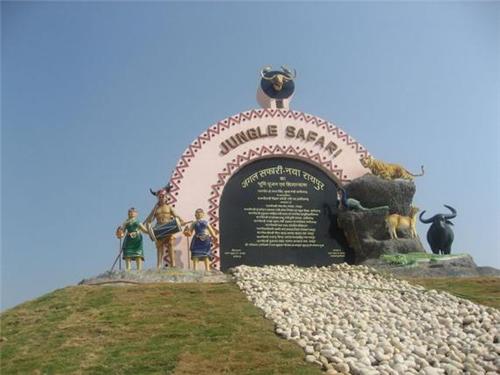 This museum was established by Raja Mahant Ghasidas of Rajnandgaon in the year 1875. The museum has two floors with five galleries and features different sections of archaeology, anthropology and natural history. It also displays the crafts, jewelry, paintings and terracotta belongings of tribal inhabitants dwelling in different fringes of this city and the state of Chhattisgarh. One gets to know about the rich and distinctive culture of the tribes here through these displays. The museum also has an interesting library.

Located in the southern region of Raipur the temple was built by King Jaitsingh in mid-17th century and is dedicated to Lord Rama. An ancient river called Maharajbandh flows through this religious landmark. The temple features stunning murals. The name of the temple and its monastery is given after Swami Balbhadra Das who is believed to have survived only on 'doodh' (milk). It formed an important part of his daily diet keeping him hale and healthy.

Ramakrishna Mission Vivekananda Ashram will lure tourists who take interest in spirituality and those who seek spiritual enlightenment. It is a branch of the mission inaugurated by Swami Vivekananda in the year 1897. The ashram was started in 1957 and made a branch of the Mission in 1968. The organization works on the principles of renunciation and self-emancipation. Medical care and other social works are carried out by this ashram. One can also enjoy the beauty of Vivekanand Sarovar which is close to this place.

Shadani Darbar has been named after the Saint Shri Shadaramji Saheb. It is spread over an area of 12 acres. 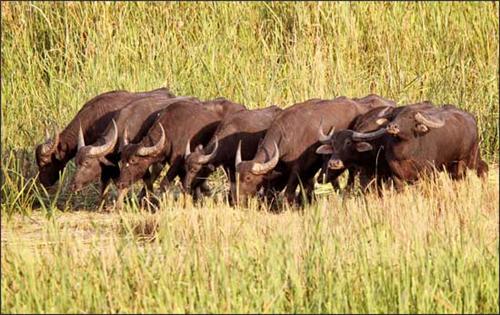 Udanti Wildlife Sanctuary is a small but beautiful wildlife sanctuary in the region. The sanctuary covers approximately 232 sq km of area. It derives its name from the Udanti River flowing through major part of the sanctuary. The Sanctuary is famous for its population of the endangered Wild Buffalos.

Rajim is a religious place located 48 km away from Raipur. Situated at the meeting point of the Pairi, Mahanadi, and Sondur rivers, it is known as the ‘Prayag’ of Chhattisgarh. It features an ancient temple of Lord Kuleshwar of 14-15th century. Rajeshwar Temple and Rajivlochan Temple are famous temples here. Rajivlochan temple houses the idol of four handed Lord Vishnu with two 'Shilalekhs' dating back to the 8-9th century.

This religious place, full of natural beauty, is situated 36 km from Raipur. The Ballabhacharya guru of Vaishnav dharm was born here. The followers of Guru Ballabhacharya made a temple in his memory in 20th century. Every year his followers gather here to celebrate his birthday in the month of January and February.

The temple in Fingeshwar village is about 25 km from Rajim and 73 km from Raipur city. Phanikeswarnath Mahadeva mandir is amongst five holy Mahadeva Temples of Rajim-Panchkoshiya Parikrama. The stone built doorframe contains the Nadi Devi images. This temple was built in 14th century AD. It is a fine specimen of temple architecture.

Arang is situated on Sambalpur road at 36 km from Raipur. This old city is also developing as a tourist place due to its ancient temples. Some of the famous temples are Baghdeval temple, Bhandadeval temple and Mahamaya temple. Bhandadeval temple, which dates back to around 11-12th century, is a beautiful specimen of architecture. There are three idols here of Jain Tirthankars. The Mahamaya temple also has three large idols of Jain Tirthankars. Other places to visit are Danteshwari temple, Panchamukhi Mahadev and ChandiMaheshwari temple.

This monument is situated 70 km away from Raipur at Palari village on Raipur-Baloda Bazar road. It was built in around 7th–8th century AD. The river-goddesses Ganga and Yamuna are shown standing in tribhang pose on the doorjamb of the temple, ornate with the depiction of Trideva (Brahma, Vishnu and Shiva) and marriage of Shiva. A Shiva Linga named ‘Siddheshwar’ is laid here. This temple is decorated with Kirtimukha motif and figures of lions, elephants and Ganesha are shown in chaitya window. It is a fine specimen of the existing brick temples in Chhattisgarh region.

Located 135 km from Raipur, Girodhpuri is belived to be the birth-place of Sant Ghasidas, the famous who founded the 'Satnaam Panth'. It is treated as the pilgrimage destination of Harijans.

The birth place of Kausalya Mata, Chandrakhuri is 17 km far from the national highway. The temple is in the middle of the sarovar (pond). It is accessed by a bridge built in 2001. The Shiv temple here, built in the 8th century, is a beautiful temple.

It is a mainly a forest area 120 km away from Raipur. It has a wildlife sanctuary. Animals commonly spotted in this sanctuary are deer, panther, leopard and others.

How to Reach Raipur ? 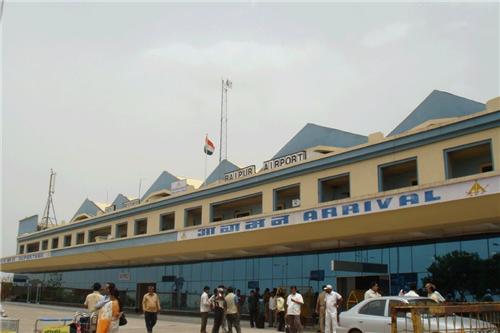 Raipur is a fast-emerging city and therefore well-connected too. It has its own railway station and airport connecting all major cities of India. It is also accessible by road through the National Highway.

Raipur Railway station comes under South East Central Railway Zone of Indian Railways.
It handles over 94 trains daily (Up/Down). Since Raipur is situated between Mumbai and Kolkata, the two important railheads of west and east, several important trains pass through this station.

Swami Vivekanand Airport is located in Mana, 15 km south of Raipur. It is currently served by Air India, Jet Airways, Jetlite and IndiGo. It is connected to almost all the important airports of the country.

A good network of roads criss-cross Raipur and the state of Chhattisgarh. National Highways 6, 43, 200, 217, 12A passes through Raipur connecting it to various other parts of the country.

Where to Stay in Raipur ?

Being a state capital, Raipur is home to numerous hotels and lodges that offers comfortable stay to their customers. Bestowed with basic facilities, the charges of these famous hotels are affordable and within the budget. Some of the popular hotels where you can opt to stay are listed below. 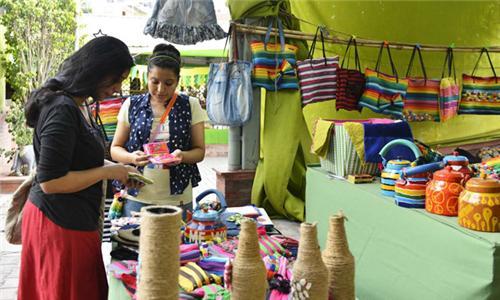 A trip to Raipur is incomplete without shopping. As Raipur is an emerging tourist destination, one may not find too many shops and markets here. Though there are malls like City Mall 36, one must try and go for the exotic stuff, variety of handicrafts and several other locally made items on offer here. As the state has a big tribal population, you will find a lot of handicraft items produced by the tribes. Handicrafts of Chhattisgarh are famous worldwide. There are numerous Government Emporia and private shops to satisfy the shopper. Wood and bamboo crafts, bell metal and wrought iron items, cotton fabrics, sculptures are some of the popular shopping items here.

Raipur City Bus Limited (RCBL) provides bus service for the intra-city travel. It was launched by Raipur Municipal Corporation. Auto-rickshaws and tuktuks are available all over the city. A number of new city buses have been inducted by Raipur Nagar Nigam Transport Limited (RNNTL) under JNNURM which serve Raipur and connect Naya Raipur too.