Business and Economy of Raipur

Raipur is the capital of Chhattisgarh. When Raipur was a part of Madhya Pradesh, it was the second important commercial center in the state after Indore. Raipur just as yesteryear's has maintained its pace of economic growth. Today it counts amongst the favorite destination for investment.

The state aims to work towards rapid economic growth with regional balance to include Chhattisgarh in the category of "developed states". In order to achieve that, it is vital that the present rate of industrial growth increases substantially. As a result of this, creation of a favorable environment for investment, raising industrial production and generating employment opportunities are some of the priority areas of the State Government. 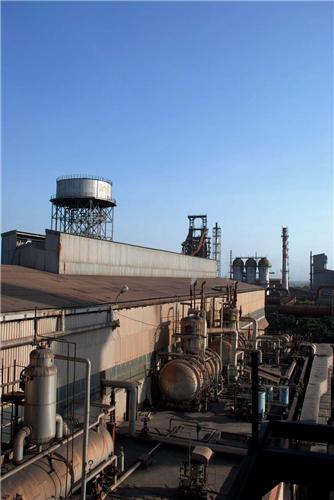 The traditional face of the city has changed rapidly with Raipur becoming a prominent regional commercial and industrial destination for the steel, coal, power, aluminium and plywood industries. Raipur is abundantly rich in mineral resources. It is among the biggest markets of steel and iron in the country. There are about 200 steel rolling mills, 195 sponge iron plants, at least 6 steel plants, 60 plywood factories, 35 ferro-alloy plants and 500 agro-industries. Raipur has over 800 rice milling plants. All important cement manufacturing companies like Grasim, Ambuja, Lafarge and Century Cement have a presence in the city.

Raipur has a large chemical plant which produces and supplies formalin all through the country. Raipur has a wagon repair shop where wagons of goods trains are repaired. Also located here is a heavy machinery plant of Jindal Group. Raipur also has sponge iron plants of major steel companies. LPG bottling plants of Bharat Petroleum and Hindustan Petroleum are also present here. The industrial centres of Raipur are Urla and Siltara (for heavy and medium scale industries), Bhanpur, Gondwara, Birgaon, (for medium and small scale industries). The head office of top-notch engineering consulting group Spongytech Consulting Engineers Private Limited is in Raipur.

The joint venture between Bharti Enterprises and Walmart Stores Inc for wholesale, Bharti Walmart Private Limited, opened its earliest Best Price Modern Wholesale cash and-carry store in Raipur back in 2011. The store is spread over 53,000 square feet and stocks more than 5000 items.

Raipur city is located on the Mumbai-Howrah route of Indian Railways. It is well connected with important metropolises like Mumbai, Kolkata, Howrah, Delhi, Amritsar, Pune, Bengaluru, Kochi, Patna, Dhanbad and Secunderabad. In recent years it has emerged as a major commercial hub in the state. It has contributed much in the economy of Chhattisgarh. With banking and other commercial establishments it is fast emerging as the most favored venue for business in Chhattisgarh.