* In case of any delay in receiving the OTP, you may verify it later. Please proceed without verification.

Your mobile number is not registered with us. Please register your mobile no.

Raipur the capital of the State of Chattisgarh is one of the fast developing cities of India. Its also the administrative headquarters of Raipur district. Formerly a part of Madhya Pradesh, it became the capital of Chhattisgarh when this new state was formed on 1 November 2000. According to the 2011 Census, the population within the Municipal Corporation area of Raipur was 1,010,087. Raipur is the biggest city of the region and a fast developing center not just in terms of industry but tourism too. Raipur has its own railway station and airport connecting all major cities of India. It is also accessible by road through the National Highway. 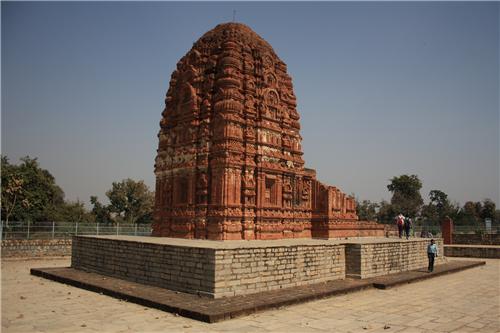 Raipur is an important location from archeological and historical point of view. History of Raipur dates back to ancient times when it was a part of southern Koshala. After that it became part of Mauryan Empire. Raipur used to be the capital of the Kalchuri kings belonging to Haihaya Dynasty that for long held controlled the traditional forts of the Chhattisgarh . The town of Raipur has been in existence since 9th century AD. It was founded by the Kalchuri king Ram Chandra of Raipur in the last quarter of the 14th century AD. The Bhosle kings ruled here for a brief period before the land was passed on to the hands of the British. After independence it was included in Central Provinces and Berar. When Chhattisgarh came into existence, Raipur became its capital. One can explore the old site and ruins of the fort in the southern part of the city. For More Click Here

Raipur is located in the fertile plains of the Chhattisgarh region. Situated between 22°33'N and 21°14'N latitude and 82°6'E to 81°38'E longitude it is surrounded by Bilaspur in the North, Durg in the West , Bastar in the South and Raigarh in the East. It occupies the south eastern part of the upper Mahanadi valley and hills in the south and east. It is thus divided into two major physical divisions, viz. the Chhattisgarh plain and the hilly areas. The main river of Raipur is Mahanadi. Sendur, Pairy, Sondur, Joan, Kharun and Shivnath are its tributaries. Raipur owes its fertile lands to these rivers. Raipur has a tropical wet and dry climate with summer season hot and humid. So tourists should avoid going in April and May. The best time to visit this place is January when the temperature hovers around 5°C and it’s relatively cool. One must however try visiting this place in the month of July to see and experience the rainy season here. The Bastar region has the world’s broadest rainfall called Chitrakut. Read More........

Places of Interest in Raipur

The geographical diversity and rich history of this place affords a delightful experience for the tourist. The number of ancient temples, historical sites, nature and wildlife promises to leave every tourist spell bound, whatever their tastes may be. Some of the famous tourist places in and around this city are Nagar Ghadi (City Clock Tower), Chitrakut Falls, MahantGhasidas Museum, Indravati National Park, Vivekananda Sarovar and Nandanvan besides Kanha National Park , Achanakmar Wildlife Sanctuary, Bhoramdeo Temple, Amarkantak and Gangrel Dam. There are religious places like Rajim and Champaranya; Arang, an old city featuring temples dating back to 11th-12th century and Sirava, full with natural beauty surrounded by forests and mountains. The historical place Sirpur and forested areas of Barnavapara have been recently converted into new tourist spots. There are, in fact, many other tourist spots that are still waiting to be discovered. Read More.......

Fairs and Festivals in Raipur

This culturally rich place holds a number of fairs and festivals round the year in different parts of Raipur and the state of Chhattisgarh. Some of them are the Sirpur Dance and Music Festival, the First Fruits Festival, the Earth Festival, Teeja Festival, Pola Festival. Champaran Mela is held every year in the month of January and February. The mela attracts Vaishnavs from all over the country.

Raipur City Bus Limited (RCBL) launched by Raipur Municipal Corporation operates regular bus services connecting one part of the city to another. The bus services are perfect for intra-city travel. Tuktuks & Auto-rickshaws are available all over the city. A number of new city buses have been inducted by Raipur Nagar Nigam Transport Limited (RNNTL) under JNNURM which serve Raipur and connect Naya Raipur too. Read More........ 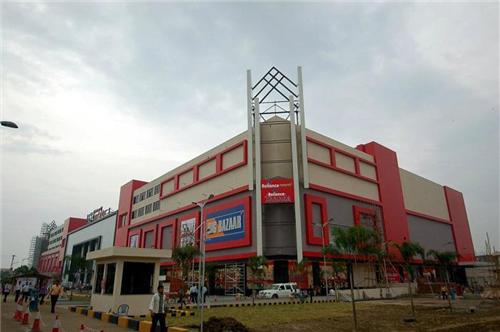 Raipur is an emerging tourist destination. Shopping can be a fun and memorable experience. There are malls like City Mall 36 but one should rather go for the exotic stuff. Don’t forget to buy the variety of handicrafts and several other locally made items on offer here. As the state has a big tribal population, you will find a lot of handicraft items produced by the tribes. Chhattisgarh has numerous Government Emporia and private shops to satisfy the shopper. Read More.......

Economy and Industrialism in Raipur

Raipur is located in the centre of Chhattisgarh state. When Raipur was a part of Madhya Pradesh, it was the second important commercial centre in the state after Indore. The region’s economy has been traditionally based on agricultural-processing, steel, alloy, cement and rice. It serves as a regional centre for trade and commerce in a range of local forest and agricultural products. The city is fast emerging as an important industrial hub for coal, steel, power and aluminum industries. Raipur is among the biggest markets of steel and iron in the country. Read More.......

Raipur at a glance